Yet more evidence of why I’ve given up.

These people aren’t covered in tar and feathers.

We could be czars.

Buzzfeed calls such comments “shocking”.  Oh, please.  Look at what you’re doing, Buzzfeed.  These people are declaring themselves to be your owners.  So how do you respond?

If puny humans were still capable of shocking me, the amazement would be in your behavior, Buzzfeed.  I found your article via Instapundit.  You have video proof of laughing government officials asserting ownership of us, the people.  I then clicked from that damning report onto your home page.

Where, no doubt, this government declaration of war against the American people is featured.  How could it not be featured?  Only if even more damning, documented tyranny is available do you not make this the centerpiece of your site.  Do you agree it’s the things you draw attention to that are the things you find important?

But wait, that’s actually brilliant!  Interview Taylor and other celebrities about our slavers, get the word spread FAST!  Ask her-

What’s the wallpaper on your phone right now?

Say what?  Unless you already know her wallpaper is the Gadsden Flag and she’s writing a “Don’t Tread On Me” song, this is an utter waste of–

What’s in your most frequently used emoji tab?

Oh dear God.  but I guess that question ties in to Buzzfeed’s second most important story, right below the featured Taylor Swift interview:  15 Taylor Swift Emojis You Never Knew You Needed.

Plus Beyonce, Rhinnana, Kardashians, etc. etc.  I can’t even find the article about our ongoing enslavement.

And that’s why I’ve given up.  Because John Brunner was a freakin’ optimist. 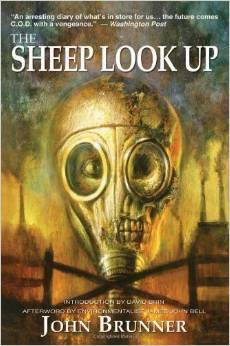 1 Response to Yet more evidence of why I’ve given up.