What does a lone wolf and a rogue elephant have in common?

This just gets funnier and funnier.

Kathleen Parker leaps back, mewling, into the “whatever are we to do with men?” catfight.  Okay, so that was a lie.  Catfights are actually interesting.  But “henfest” doesn’t work either, because their squawking is  definitely not festive.  Instead it’s getting more and more…broody.

(Sorry, but puns in this instance are like Chun.  Unavoidable.)

Summary:  women are increasingly frustrated that men flee enslavement.   Here’s the recent doozy, as a British chick “explains” a lack of families:

…I have experienced nothing but trouble whenever I have attempted to persuade a man to have children with me.
…in my experience men increasingly behave with terrible selfishness when it comes to giving up their bachelor lifestyles.
…he disappears into his man-baby playroom to lose himself in Nintendo. How pathetic.

True, he should also be playing the PS3 and X360.  And, for the self-righteous cherry on her sundae of samctimony,

I felt a shameful urge to tell her to secretly stop taking the Pill.

Er…Ms. Kite?  If you thought it was shameful you wouldn’t share it.  In truth, you love the idea.  After all, it’s doing the pathetic man-baby a favor.  Make him grow up, that’s the ticket.   He’ll see the light once you’ve trapped him  financially, won’t he?  Force him to do what you want, the selfish bastard.

It’s simple.  Society has disarmed British blokes, both figuratively and literally.  And what are the English conditioned to do when bombs rain down on their heads?  Duck and cover.  And honestly, which shelter would you prefer?  The ’40s version or the 21st Century one? 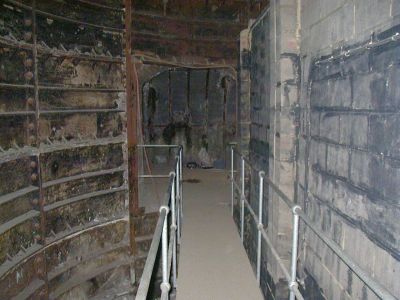 You won the war and scattered your enemies, Ms. Kite.  Your reward is the male Diaspora.   And now the chicken has started to sing.  Sorry, mixed metaphor.  I meant to say that the fat lady has come home to roost.

Back in the Colonies, in Kathleen Parker’s defense, she actually believes she’s fighting for men.   Har har!

My argument that men should be saved-

Dive into the Sea of Narcissism.  Men should be saved.  The rest of her column bemoans the difficulties a manfree existence causes longsuffering women and children, so obviously men are imperiled. You poor lil’ males, lounging with your buddies playing awesome video games and snarfin’ down whatever you want.  Don’t worry, Kathleen Parker has arrived.

Now, I can’t explain irrationality or insanity.  But I can show you...precisely…where Ms. Parker mistakes noon for midnight:

If we continue to impose low expectations and negative messaging on men and boys,

Men opt out because Ms. Parker and her fellow cluckers expect too little.  They actually believe this.  They’re seeing fewer members because qualifications are too easy.  So if they just raised the difficulty bar, men would start to reenlist.  Because the harder something is, the more people you’ll find doing it.  Right?  You know.

Ms. Parker means well, but she is absolutely, utterly, categorically* bass-ackwards.  Western society is dying because women are held to low expectations.  Specifically, the lowest standards of human behavior in culture at any time, ever.  What was once punished in toddlers is now celebrated in the XX community.

Men, this is how “low” womens’ expectations have become of you:  asking one on a date is either a good thing or sexual assault, depending.  Depending on whether she finds you atrractive.  ‘Nuff said?  But don’t worry:  Ms. Parker plans to raise that expectation even higher.

Women, is that thing in your belly a baby or a cancer?  Your choice, whether an agonized decision or a sudden whim.  Kill it, despite the man’s pleas, or force him into financial servitude for decades against his fervent objections.  And if it’s a cuckoo in the nest–because what are solemn vows against your momentary pleasure–then your cucklolded husband must finance the betrayal.  How dare he complian!

Divorce him as you wish.  If this causes you any unhappiness, obviously it’s his fault and he deserves that his children be used against him as a weapon.

Bear false witness to rape.  Why not?  You’ll probably get the unsurpassed thrill of destroying a human life.  But if you should get caught?  “Dear, we really shouldn’t do things like that, though the impulse is understandable.”

Above all, support every “sister” in every selfish, deluded, spiteful choice, because women can do no wrong and when it appears otherwise you’ll always find a man to blame, somewhere.

Hey, where have all the men gone?  Hiding in their man-baby playrooms, how pathetic.  We should drag them all out and make them do as they’re told.  Is this because they’re selfish bastards and deserve it, as Ms. Kite believes?  Or is it for their own good, as Ms. Parker avers?

It cannot possibly be–can it?–that men without women are less unhappy than women without men?  Ladies, what does a lone wolf and a rogue elephant have in common?

Bonus questions:  suppose you drive ever-more males from the herd, who band together and find that life becomes easier and food more plentiful and sport more available?  And meanwhile the weakened herd becomes ever-more endangered from the perils which have never gone away?

DISCLAIMER #1:  Because modern females aren’t held to the same moral standards as men,  my respect for real women is increased, not decreased.  Dr. Helen, Lil’ Miss Attila,  nooneofanyimport, they are all pearls of great price because they don’t have to be.  They could get away with being mental and moral clods of dirt.  So, many thanks to all grown-up women.

12 Responses to What does a lone wolf and a rogue elephant have in common?