Hey, how’d your weekends go?  Mine, obviously, was spent away from the internet.  Watched season two of Game of Thrones.  It was very good, as expected.  But budget limitations were much more pronounced this go-round, most especially during the battles at King’s Landing.

It’s understandable (inevitable, really) to change scripts because of monetary concerns.  Other changes, though, are beyond comprehension.  For example, in both book and show Littlefinger complains to Tyrion about being fed a lie and then used as a ploy.  “Myrcella can’t wed Lord Arryn if she is marrying Prince Trystane, can she?”

In the TV show Tyrion answers, “…no.  No, she can’t.”  Whereas in the book he actually replied, “not without causing a great scandal.”

Please don’t sprain or break  your imagination here, but I dare you to offer one sane reason why you would prefer that first line to the second one.  And no, saving a half-second of GoT screen time isn’t sane, given often leisurely camera pans and lingering wilderness shots.  So why did they do that?  It beggars belief.  It…it’s wacko!

It’s as wacko as insisting on a government that can’t kill citizens without due process.  But I believe in all that “liberty” and “limited government” craziness, which makes me one of John McCain’s “wacko birds.” 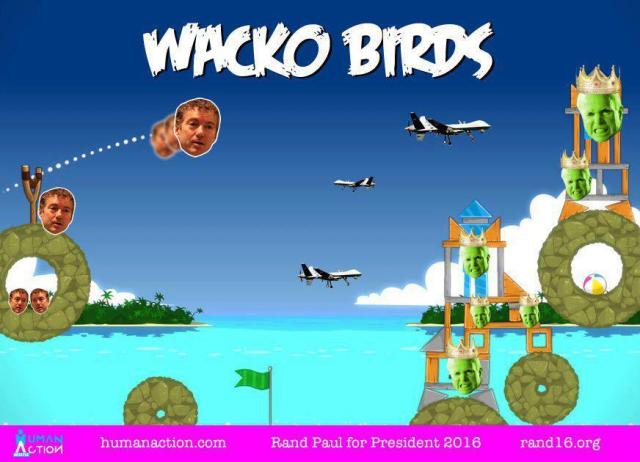