I spent the morning putting Polonium-210 into coffee cups.  If that behavior seems oddly familiar and sinister…it’s not just your crippling paranoia.)

Imitating a Russian assassin was interesting, but then the job turned into watching liquid nitrogen boil off.  Which beats watching paint dry, but not as much as you’d think.

The question:  will cryo-shock damage 100-micron Polonium-210 wires needed in other experimentation?  We were pretty sure the answer was “no”.  But we also had to prove it.  So we bathed a 200,000 dpm (disintegrations per minute) alpha source in liquid nitrogen.  The high-tech insulated cryo-chamber?  It was a 12-ounce Styrofoam coffee cup nestled inside a 16-ounce Styrofoam coffee cup.

When the scientist noticed me jotting terse notes for later write up, he requested a photocopy because “I love source documents!”.  Except that calling my chicken scratching a “document” is an insult to legibility.  And since no proprietary or Personally Identifiable Information was recorded, I can even show you just what he requested: 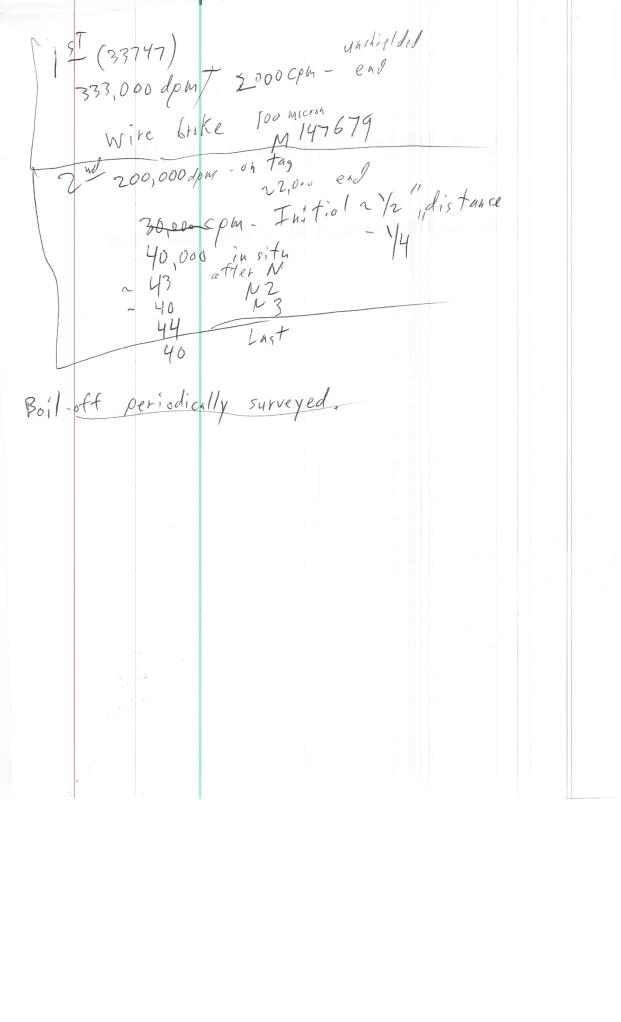 Here’s an explanation for that eye-gouging text.  I like it better than “worrme’s in dire need of neurological testing!”