Wow, progressive religion is like the worst thing ever.

(UPDATE—Should have mentioned that there was no need for Isaac to actually hit New Orleans, bless their hearts.  Hopes and prayers to everyone beneath the abnormally high sea level.)

As a terrible person, I can’t really feel sorry for leftists.  But their misery makes sense if you look at their horrible, horrible religion.  It attaches great significance to nature and signs and portents of weather, right?  So remember the cries from seven years ago:

But then, seven days ago, on the GOP & Tampa & Hurricane Isaac:  Thy will be done!

And finally, from yesterday: Why hast thou forsaken us?!

I don’t care if you’re atheist, Buddhist, Christian, Jewish or Muslim…man, that is bleak.  It’s also sad, pathetic, and should be banned in all fifty states.  That’s right, the 1st Amendment can K my A.  Because look at what they are teaching children:

Whoa, seeing it printed like that is scary.  Luckily it’s easily disproven, at least to non-leftists.  Because, obviously:

But the progressive fatalism raises a serious theological question:  are these folks the most godforsaken people in history?

The answer is yes.  Yes, and I can’t even find them decent competition.  Are you familiar with Manichaeism?  It’s Biblical heresy, though not as bad as Dualism.  A progressive Dualist would believe this:

Dubya = God (in both magnitude and morality)

A progressive would agree their God is (morally) better, but knows his divine might is no match for a Republican President.  Now find anything in history as pathetic as the God of the Left!  You can save time by looking at his current pontiff. 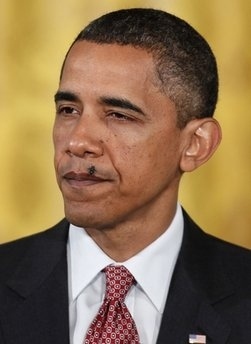 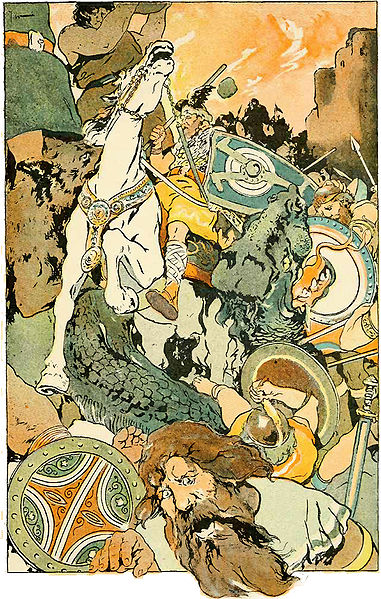 Oh, his believers pretend he’s mighty.  Like all religions, Prog’s has prophecies of his great deeds.  For example, that predestined meeting of Tampa and GOP and hurricane?  It was foretold some eight-score and eight hours before it did not occur.

They’ve become more economical with the prophetic time frames.  Two generations ago the left warned of Prog’s all-freezing breath.  A generation later we were told to repent or be scorched by Prog’s all-burning breath.

(Prog’s followers stand by both of those prophecies.)

Now Prog’s pontiff attacks the next President ruthlessly and with no regard for truth.  It’s also why his worshippers attack all other religions (except for the one that frightens their weak little hearts).  There is nothing good in Prog, nothing good in his worship, and nothing good in the works of his believers.

Do you want proof that Prog is the God of Losers?  First, Dubya kicked that god’s ass so hard that Prog’s Mayor started vomiting crap.  I mean…damn.  That’s not just freaky, that’s Greek Mythology freaky.  Difference being, in New Orleans it was the god getting totally pwned by a mortal the god’s own worshippers believe is mentally retarded.

That means…per his own flock…that Prog will always be the guy on the left:

Again:  Prog always loses.  And yet Prog is not always opposed.  No one knows why.  There must be insane and incomprehensible reasons—like in Cthulhu’s universe, except these are also stupid—but no one knows them.

And so, idiotic as it may be, we know exactly what happens whenever Prog reigns uncontested.  Every single time.