Salt in the wound give extra points, right?

Ace bemoans the the fate of the Justice League at the hands of the Avengers.  Obviously I’d love great movies from both DC and Marvel.  Since that ain’t happening just yet, I’d like to see Marvel give DC an epic knee in the nads.  Have their next Avengers’ movie feature the Squadron Supreme. 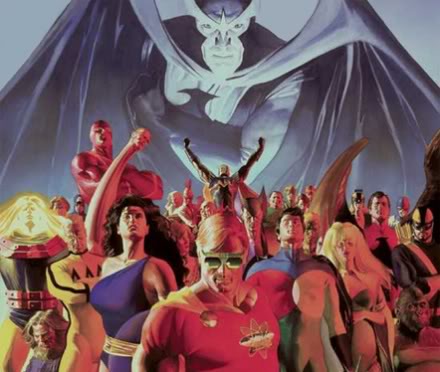 Bwah-ha-ha-HA!  How great would it be to rake in millions from a parody before your victims earned a dime?!  YOU WOULD RULE!  And it’s not like Marvel has only ripped off the JSA once.  Surely you haven’t forgotten the Shi’ar Imperial Guard? 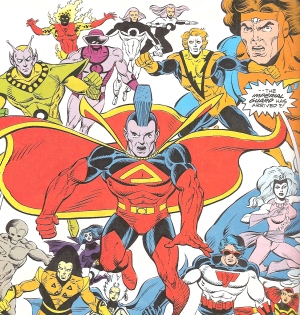 …okay, fine.  They’re more a parody of the LSH than the JLA.  Not that any of you guys would know, swanning around with your real lives and relationships and such.

But seriously, I’d love to see an Avengers/Squadron Supreme matchup.  It would be like the U.S.A. reacting to Yuri Garagin.  Let the enemy forces exert themselves, while we bask in the forthcoming Tang and Velcro.

(As Howard plots his revenge.)

1 Response to Salt in the wound give extra points, right?