As Ms. Rocket Surgeon/Brain Scientist says, always base politics on clothing.  Just as you already select doctors by hair style and babysitters by waistline.

Now contrast Scriptforbrains with the mind of Conrad Black.  If that seems unfair, how about another, but liberty-loving actress?  Who, I hasten to add, is vastly more beautiful than S. Johansson.  That may seem like salt in the wound, but only if one is shallow.

And Ms. Johansson?  You know who else had great fashion sense and flair?  Sure you do, you were in the movie!  And National Socialist duds were kickin’! 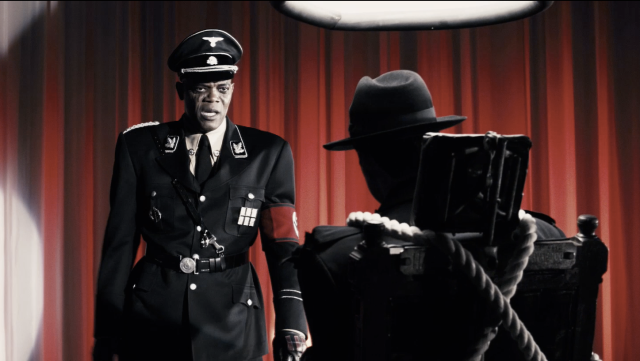