Today is the eve of the first annual International Science Babe Day(Eve).  Let’s warm up by looking at the best and worst of movie science babes.

It’s amazing how few there are.  Even with enlisting a little help I’ve only got around fifteen at the moment.  Guess it could be worse.  Imagine how hard it would be to come up with examples of actresses who’ve played hookers.  Oh, wait.  That list is already compiled.

Anyway.  The best, as far as being believable?  Jodie, of course, can project inquisitive intelligence even without speaking:

And Laura was simply fantastic:

As for some of the others…er…they’ve got the “babe” part down pat!  They’re halfway there!

And much as I lurve Ms. Alba, she wasn’t much more convincing than Denise.

They didn’t have to make Sue Storm a scientist in the first place.  I guess it makes sense, on dangerous cosmic ray-riddled scientific missions, to only take people who can contribute.  But she was already a former swim team captain!  What more do you need for a space voyage?

From the same fictional universe, Famke was much more believable.

As far as Marvel’s competition goes, I’ve never known what to make of Uma’s performance:

There are others, of course, but suprisingly few.  Sharon in Sphere, Nicole in Peacemaker, mad-scientist hangers-on in Hollow Man and Flatliners, etc.  We’ll close out with three actress babes, one of them a real scientist.  Lisa may not be a researcher, but we can’t ignore the babe created by science.  Weird science.

That is exactly how we run experiments at every research facility I’ve worked.  But the best fake scientist of all cinema has to be impossibly adorable Jordan, from Real Genius:

You’re free to choose otherwise, of course.  xpat and edohiguma probably have multiple JSBs they’d rank over all of these Western actresses.

But the all-time actual movie science babe is, of course…Hedy Lamarr!

Get out of here, Korman!  Because it is Hedy, co-inventor of an early technique for spread spectrum communications and frequency hopping.  Behold, the Queen of Cinema Science Babes! 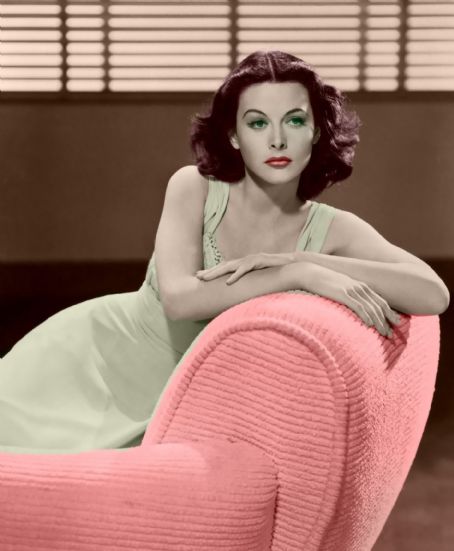