Happy New Year!  I lost my taste for ranting about government (since America is dead) but not for nerdly ranting!  So welcome to storygeek time as we witness what  happens…When Tales Fracture!

Just watched Season One of Dollhouse, and the first episode of Season Two.  It could be a while before I finish the series (due to Skyrim Syndrome).  But I’ve seen more than enough to proclaim…WTF!  Whedon Tries, Fails.

Not to say that the show is bad.  It’s excellent, actually (with one weird, gigantic exception).  Eliza Dushku, in addition to being… 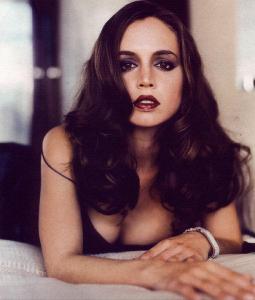 …Eliza Dushku, has talent and magnetism to match that beauty.  The performers are fine, and I do loves me some Amy Acker: 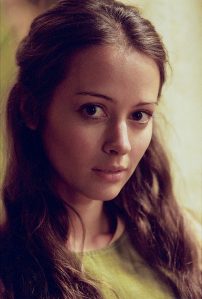 Amy provided some genuine creepy moments, which is really quite rare.  All the other show aspects are what you’d expect from a solid Whedonverse entry.  Don’t fault Joss W. for trying to tackle such a difficult story, and missing.

(But do fault him for the jaw-droppingly stupid bridge between the two seasons.)

Whedon wanted to explore questions of identity & self & mind & memory.  Personhood.  It’s just that by continually (teeny spoiler) mind-wiping Echo & Co. and imprinting new “people”, he constantly disrupted our relationship with the hero.

Sure, we anticipate a final, glorious merging of original Caroline and protean Echo.  Because we have to.  Otherwise all Echo’s mayfly lifes and deaths have no meaning.  So every mindwipe is an act of narrative violence against the viewer.

Again, there’s nothing wrong with this.  You want to move your audience.  And if you can utterly outrage them in Act Two yet close the show with them delighting in their former rage, you are an artist.  Because you, my friend, have just made art.

Joss Whedon has made art before, but he didn’t here.  I don’t need to see the rest of the show.  Knowing both metafiction and TV economics is enough.  The plan for any new ongoing series is to run at least five years, and have enough episodes for sweet sweet syndication money.  Modern media delivery has blunted that some, but not to the point  that a new primetime series would plan only 27 episodes.

So Whedon didn’t get to tell the story he’d hoped.  Now, suddenly cancelled shows sometimes have a little luck in the final episode.  A big arc resolution, a little closure, some satisfying conclusion.  Like this very fun show.  If they’d had enough notice, the Dollhouse folks could have short-circuited their multi-season plans and jury-rigged a conclusion.

It’s interesting that Dollhouse’s high concept has an almost exact opposite:  Quantum Leap.  In one, a single (almost) vacated body hosts a succession of different minds.  In the other, a single mind leaps successively through a series of other bodies.

From just the metafictional perspective, Quantum Leap was much smarter.  Audience connected to Dollhouse’s Caroline/Echo solely through the actress playing “them”.  (Which, admittedly, is pretty darn compelling in Eliza’s case.)  Whereas in Quantum Leap, they had both likeable Scott Bakula and Sam Beckett, his very likeable character.

Again this isn’t a “better/worse” comparison.  Dollhouse had a bigger challenge.  A tougher narrative row to hoe.  But having said that…

(Note:  “weird” is being used here in the old sense of destiny or fated outcome, which I know is a little…weird.)

The last episode of Season One is set in a ravaged Los Angeles of 2019, ten years after everything we’d seen so far.  The Dollhouse is all but ruined and abandoned.  In addition to new characters (hel-lo, Felicia Day), the regulars all turn up at various points along this decade-long timeline.

My stomach wouldn’t have sunk so much if I hadn’t known there was another season to come.  As a end to a very short series this would have been an acceptable, if off-kilter, ending.

Even better, Season Two picks up where Season One actually left off.  A dystopian war  between professional models/assassins and mind-zombies?  Hells, yes!

But of course they went right back to the “present”, presumably 2010, instead.  And started referencing the 2019 episode with hints, foreshadowing, and outright theft.

Dear Lord, I can’t fathom this insane story-telling choice.  Dollhouse wasn’t a time-travelling story, nor an alternate universe yarn.  God help it, it didn’t even have the stench of a Pam Ewing dream about it.

And yet there it went, swimming back in time as if 2019 hadn’t already happened.  Video game addiction aside, I don’t even have the desire to see how Dollhouse ends.  And if you knew how much I like Eliza and Amy, you’d know how p.o.ed I must be.

It’s not as enraging as the evil old woman throwing the jewelry away in Titanic, or Alien 3’s very existence…but it’s pretty bad.  Pray with me, that Joss Whedon is not following the path blazed by M. Night Shyamalan.

In five months, Joss, we’ll see your highest profile work ever.  And all will be forgiven, if you but…