Since last night was remarkably clean, tonight’s Internet filter will be more risky.  In “honor” of the OWS crowd, tonight’s bedtime search string is “Occupy Babes”.

The phrasing itself is slightly dirty.  But if you’ve seen much of the protesters’ camps, you’ll know that something doesn’t have to be pron to be obscene.  So gird thy loins.  Tightly.

#3–NSFW!–Gal stripping to protest her Mom getting laid.  Off?  Presumably…from a job?  Anyway, I hate the “illustration” of women.  Dainty little tattoos are fine.  But huge tracts of tats?  Ugh.  The sweep and curve of the female form is the loveliest thing in the universe.  Better to paint a van Dyke on the Mona Lisa than to defile those pristine landscapes.  Skinscapes.  Whatever.

#4–They claimed hot chicks.  Followed the link to here.  Okay, cuteness is present.  Even a blind squirrel finds a nut every now and then.

#5–Riposte!  Another blind squirrel/unavoidable nut scenario.  A rare case of feminists whacking their usual political allies.  Keep it up, toots.

#7–Video of OWS “babes”–okay, it truly is “babes”, plural.  But the same vid is available at #4.  Then several increasingly boring links, and…

Jackpot!  Here’s the keeper.  I had to look twice to figure out the site’s agenda.  That never happens.  So you know there are some distracting femmes here. 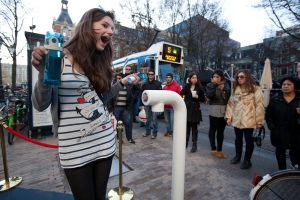 Sigh.  I just spent a minute reading further.  The relationship was good while it lasted.  In their defense, these gals seem vastly more thoughtful than typical ergophobes.

So let’s return to the rightful male/female relationship:

(UPDATE–Geez, commenters are picky.  Every OWS femme I’d seen tils now had been as disturbing to me as I am to women.  Of course the Lebanese women were incomparably hotter.  These here are still the pick of the Occupy litter.)

I've accepted that all of you are socially superior to me. But no pretending that any of you are rational.
View all posts by wormme →
This entry was posted in bedtime search strings. Bookmark the permalink.