Don’t know where this “mini-meme” cropped up, but Steyn has weighed in, and now Ms. McArdle.  Her explanation is fine, as far as it goes.  But I’m not sure its even the main one.  Maybe…these days, hot women can get much better renumeration elsewhere?

Sure, that still leaves millions of beautiful, chaste, hard-working American gals.  A few of them surely get into the airline biz.  But the babes willing to flaunt their hotness, old-school Pam Am style?  They’re working at Hooters now, hopefully.  The jobs get less savory from there, as the pay increases. 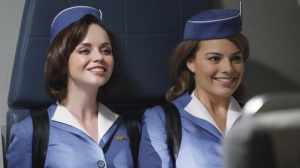