If you want to be free.

Sarah proved she’d have been my favorite GOP candidate by opting out and bigfooting the idea of a 3rd party.  This song springs to mind:

In unrelated news, a cautionary photo of an inbred cat: 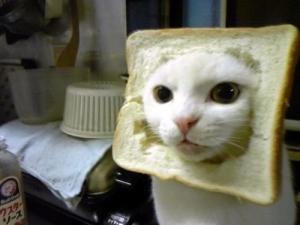 5 Responses to If you want to be free.