A brand-new federal “Department of Jobs” is a great idea!

Unlike Pundit & Pundette, I’m all for a Dept. of Jobs.  After all, we know exactly how to stimulate economic growth:  make a bonfire of 97% of the CFRs and slaughter all but one breeding pair of bureaucrats.  Wear the skins of slain busybodies as a warning to others.

We already have a DOJ, (Justice Dept.), but even if we didn’t the new agency would still be known as DOJO!  (It will be the only department to have “!”‘ in its official title, as is right and proper.)

Obviously staffing will be light in administrative/attorney/p.r./clerical areas; most hires will be former military personnel, big-game hunters, and mixed martial artists.

This is a perfectly legitimate exercise of federal power.  It’s justified in the most basic Constitutional concept of all, the trinity of “life, liberty, and the pursuit of happiness“.  Bureaucrats destroy two out of three of those, and DOJO! will deny them only one.  Do the math, peeps.

Yes, DOJO! is a start.  There’s much more that needs doing, but DOJO! is a step in the right direction.  Call it a modest proposal.

UPDATE—What was I thinking?!  Obviously we’d never save a breeding pair of those things.  Sorry, I don’t know where that idea came from.  Let me make it up to you, with this portrait of some totally random olde dude: 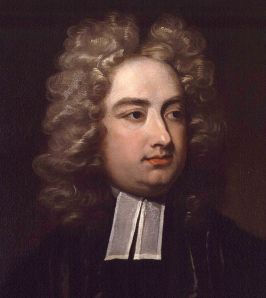 6 Responses to A brand-new federal “Department of Jobs” is a great idea!