Dadgummit, Mayor, no one has damaged your non-existent “race”.

Sure, it’s good that Philadelphia’s mayor is calling out flash mob sociopaths:

Mr. Nutter, the city’s second black mayor, said in an angry lecture aimed at black teens. “Pull your pants up and buy a belt ‘cause no one wants to see your underwear or the crack of your butt.”

And get off my damn lawn!  Sorry.  Had to be said.  But this is wrong:

They don’t hire you ‘cause you look like you’re crazy,” the mayor said. “You have damaged your own race.

What race is that?  Black?  Then what’s the offspring of a black and a white? 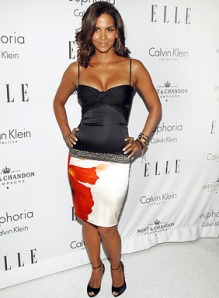 …what?  She’s black?  I’d say more of a rich, creamy, delicious mocha, but whatever.  So, suppose she and I, her and me, made ourselves a baby or three?

So, Mayor Nutter, what race are the Halle/W.O.R.M hybrids?  Do we really have to follow this down to the very “last drop”?

There is only, now and forever, the human “race”.  It is comprised of about seven billion “minorities”, each one an individual.   And apparently these individuals come in two sorts:  those who can get hung up on labels like “race”, and one W.O.R.M.

Only racists would draw racial conclusions from these flash mobs, and their minds were already made up.  And who gives a crap what racists believe?  If you use Jeffrey Dahmer to draw conclusions about me,  you think I’ll value your judgement?

And get off my damn lawn!

Mayor, it’s a mistake to associate morality with anything but the human conscience.  Dagnabit, we are individuals, quit polluting the question of conscience with crud like racial responsibility.

One man was kicked so savagely that he was hospitalized with a fractured skull.

Do I need to know anyone’s race here?  No.  It doesn’t even matter if the motive was racial.  You can be the most godawful racist who ever lived as long as you don’t do anything about it.  What matters is that one or more human beings opted to fracture another human skull.

Okay, rant over, assuming you’re off my lawn.  But a coda to all this, Mr. Mayor:

Do you really think your comments will change anyone’s behavior?  Your stern disapproval will now deter thieves and assailants?

Do you really want this behavior to stop, Mayor Nutter?

Well then…here’s your problem.  Am I sure?  Well, let’s see some other cities suffering from flash mobs:

In January, dozens of young people stormed a popular Milwaukee mall late in the afternoon and scared customers and store employees.

In theory the populace could deal with this situation, but not in practice.

In the District of Columbia, about 20 teenagers entered the G-Star Raw store on Connecticut Avenue at Dupont Circle in April and stole about $20,000 worth of merchandise before fleeing.

And say, Merry Ol’ England doesn’t even have a Second Amendment to spit on, the way you American mayors do.

How’s it going over there?

9 Responses to Dadgummit, Mayor, no one has damaged your non-existent “race”.