It’s not only a thing of beauty…

…it’s what will fund the Blogger’s Union Guild.

A comment here by rightinaleftworld was the inspiration. In full:

Thinking about this, the thought of blog trolls now paying for my benefits and retirement is just too good to pass up.

Trolling is voluntary, like drinking alcohol. Both can be detrimental to innocent bystanders. Drinkers sometimes damage other peoples’ lives and property. But trolls always hurt bloggers’ feelings. So if alcohol should be taxed, trolling must be taxed.

The authorizing legislation is the “Minimizing Hitler’s Influence Act”. Thus to oppose it is to be objectively pro-Hitler.

Passage of the Hitler Tax is therefore guaranteed.

But this Act will tax a lot more than Nazis. Progressives oppose “violent” speech and incivility, right? Just ask them.

Obviously bloggers can’t be taxed for shouting “Hitler Hitler Hitler!” on our own sites. It’s forbidden by the 1st Amendment (and more importantly, B.U.G. bylaws). But commenters spraying Godwin’s Law on our digital property? Hey, dweller-under-the-bridge? 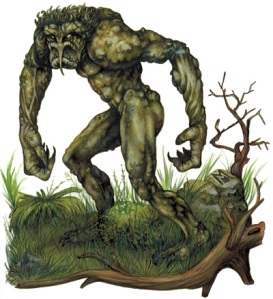 You spray, you pay.

Make me the president of B.U.G. and I’ll do to trolls’ bank accounts what liposuction would do to Michael Moore.

(Obviously commenters would be taxed for a slam like that. But never bloggers. We’re the victims here, brothers and sisters!)

The tax code will be progressive. Using “crosshairs” imagery? A penny or two for the violence. A penny for the mildly racist “take back America”. But no less than a dime per Führer!

And wait…what about “The N Word”? Ooooh. It must match or exceed even Hitler. Try to imagine what we’ll rake in from the rapper/hip-hop sections of the Internet!

Once you’ve identified an unsympathetic minority it’s easy to tax it. Well…target acquired.

So now just be vigilant!

Look for the union libel.

3 Responses to The Hitler Tax!