Is it a metrosexual thing?

Torchwood, a spinoff of Doctor Who, is pretty entertaining. But it has one of the most “inexplicably attractive” characters ever.  In addition to being whiny, surly, insulting, and self-absorbed, “Owen” isn’t even that attractive.  But he racks up bedpost notches like crazy.

Save for one, every recurring female did him.  And Tosh, constantly mocked and belittled, desperately wants him.

It’s so bad, I must assume some wish fulfillment by a whiny, surly, self-absorbed writing staff.  The non-gay ones, anyway.

And hey, Gwen?  Dousing your boyfriend with an amnesia pill and then confessing to cheating on him? The Wisconsin unions can speak for me, for once: 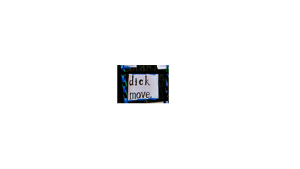 UPDATE–Season 2 suddenly has waaaay too much dude-on-dude liplock.  Hey, if I wanted “Spike on Angel” action I’d search out Buffy slashfic, thank you very much.

I've accepted that all of you are socially superior to me. But no pretending that any of you are rational.
View all posts by wormme →
This entry was posted in T.V. shows. Bookmark the permalink.