Via Instapundit, news that Glenn Beck isn’t worried that gay marriage could destroy the country.

(Thanks to Rotten Tomatoes)

Okay, I’ll wade in.  I can’t approve of gay marriage, because I’m a Christian who actually knows a bit of Scripture.  But this post should tell you what I think about legislating religion.

And if the Feds can ban polygamy without an Amendment… 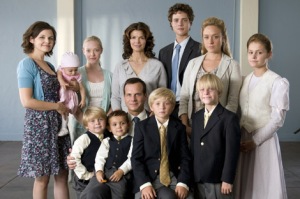 And I’d like proponents of gay marriage to consider this question:  will you use force to compel the Amish… 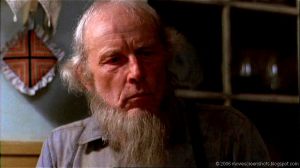 …to accept homosexual unions? (thanks to moviescreenshots)

No?  Then you agree that communities should have great lattitude in banning behavior, so long as individuals are also free to abandon that community.  Are you sure you want to force all states into gay marriage, including those where more than two out of three people strongly disapprove?

Do you want to maximize liberty?  No, of course not.  You’ve got better things to do.  But I don’t.  And obviously we should revisit the Full_Faith_and_Credit_Clause.  Get the freakin’ Fed out of social contracts entirely.  Mississippi wants to ban gay marriage?  So what?  So what if California or Massachusetts responds by banning straight marriage?  And let poor Utah have its polyamorous unions.  (No offense, Utah, but you are the stereotype).

And if you absolutely, positively can’t stand a state’s position?  Here’s an idea: don’t visit that state.  Punish them by withholding your wallet, or with your rapier wit, or…y’know, you should stick with the wallet thing.

Your position differs from the W.O.R.M.’s?  I welcome duels with everyone who feels their love of liberty exceeds my own.  Please team up first, as kicking all your asses simultaneously will save me a lot of time.